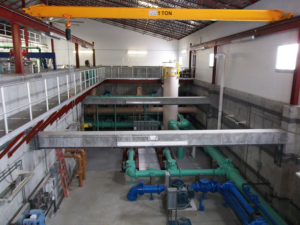 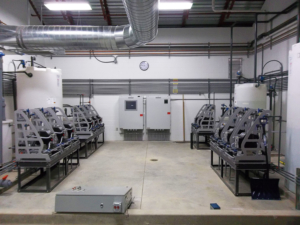 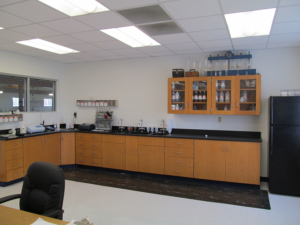 Korte & Luitjohan Contractors, Inc. received a contract in 2011 to build a Water Treatment Plant which would utilize the first Dissolved Air Flotation (DAF) clarification system in the State.  A DAF clarification system forces particles to the top of the water, which are then removed using a skimming arm.  Additional components of the plant project include three dual media gravity filters, a standby generator,  a chemical feed system, and a SCADA system.  Renovations were also made to the existing raw water pump station.

While the project, as initially bid, came in over budget,  Korte & Luitjohan achieved $225,000.00 in savings for the City through value engineering, which enabled the project to proceed.